Own Your Story, Own Your Power with Erika Cramer 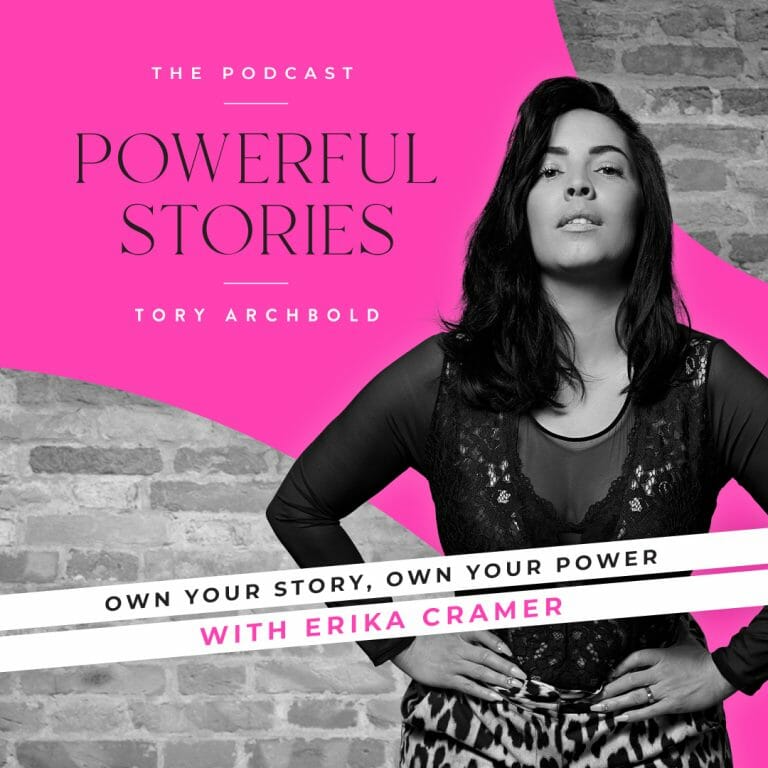 I am an absolute believer that if you own your story, you own your power, and who is more qualified to talk about this than Erika Cramer, the Queen of Confidence herself?

Erika Cramer, AKA the Queen of Confidence, is a confidence coach, founder of the global Sistahood program, author, and a stand for women everywhere to step into their power and claim their confidence.

In this episode, Erika dives into her story of childhood trauma and abuse and how she came to be the person she is today. Her life is more like something out of a movie, but she has taken the pain and suffering and used it to fuel her expansion and passion to help others. We talk about her journey going from broke to turning over a million dollars in her business and how she has built her community by showing up authentically. When we take down the walls and own who we are, the world opens up to us.

If you feel like there is something holding you back, or it’s too hard to really go for it, this episode with Erika Cramer is going to inspire you to dig deep and keep going. You can do whatever you want. You just have to believe it.

[1:00]: Erika shares about her childhood, being raised by a single mother who struggled with bipolar, being in and out of foster care where she experienced sexual abuse.

[3:00]: The things that happened in Erika’s childhood are like something from a movie. She and her mother were in a terrible car accident and then her father kidnapped her.

[5:30]: Erika was reunited with her mother and the cycle of trauma and drama continued.

[7:00]: Erika’s father and mother were reunited for the first time in Australia and it was a healing experience for everyone.

[8:30]: Erika got out of foster care at age 16 and joined the army. While in boot camp, 911 happened and she got secretly married to her boyfriend who was deployed to Iraq.

[10:20]: Erika broke her back in a drink driving accident which was her first wake up call. She decided to go to hairdressing school while still in the army and also modeling.

[11:25]: Erika’s husband died in a car accident. After this, she numbed out and felt like a broken person. She met an Australian man in Vegas and decided to move.

[14:00]: Even though the relationship was bad, Erika decided to stay in Australia. She eventually joined a gym and became friends with her personal trainer who is now her beautiful husband.

[16:00]: Erika claimed her confidence when she was crying and sobbing with her life coach and taking responsibility for her life.

[18:20]: She started looking at her darkest and deepest beliefs to uncover the stories that held her back. It’s all about questioning those things and learning to get back up quickly.

[20:25]: You have to be ok with things being hard because it’s never going to be seamless.

[22:00]: When Erika first came to Australia, she worked for L’Oréal and worked as a stylist but she saw that it was the inner confidence that people needed to work on, not just the outer.

[23:50]: Her styling business ended up becoming about inner healing. After an empowering home birth of her second child, she knew she wanted to do life coaching.

[25:00]: They were so broke and maxed out on credit cards but she knew she couldn’t go back to her job. We need to look at these hard times as opportunities and possibilities because we have nothing to lose and everything to gain.

[28:50]: Niki, Erika’s colleague, is a stand out amongst the many women in the Sistahood. She has transformed her entire community by transforming herself and is truly being the change she wants to see.

[30:50]: When you tap into your powerful self, you meet amazing people and build a network. Erika shares about community and how it was easy to build once she let go of perfection.

[31:30]: Erika built her community by being really authentic. You have to be vulnerable first so that other people can trust you and share from their own lives.

[34:20]: When Tory stood in her truth, she took away the judgment and attracted the right things into her life because she was in alignment.

Where to Find Erika: