Honouring who you truly are with award winning journalist, Tracey Spicer 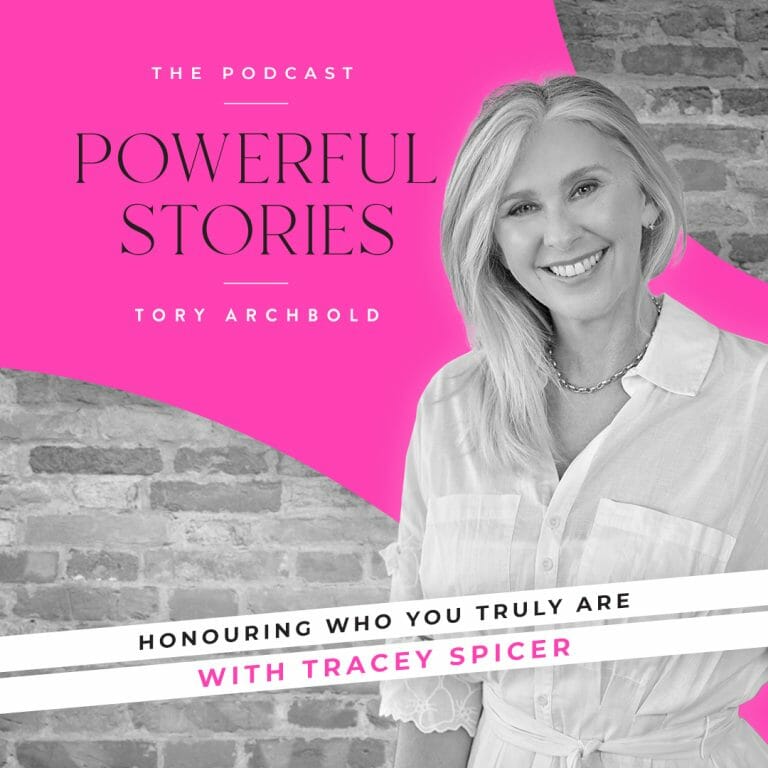 Honouring who you truly are takes courage and conviction, especially in the cut throat media industry, where beauty is often a woman’s currency. Award winning author, journalist and broadcaster, Tracey Spicer, has inspired many with her courage to embrace her authenticity, understand the power of her story and age gracefully.

Tracey has anchored national programs for ABC TV and radio, Network Ten and Sky News. In 2019 she was named the NSW Premier’s Woman of the Year, accepted the Sydney Peace Prize for the Me Too movement, and won the national award for Excellence in Women’s Leadership through Women & Leadership Australia.

Her first book, The Good Girl Stripped Bare, became a bestseller within weeks of publication, while her TEDx Talk, The Lady Stripped Bare, has attracted more than six million views worldwide. In 2018, Tracey was chosen as one of the Australian Financial Review’s 100 Women of Influence and is forging ahead with her next powerful step to write a book on AI bias.

For her 30 years of media and charity work, Tracey Spicer has been awarded the Order of Australia, an award which recognises Australians who have demonstrated outstanding service or exceptional achievement. However her years of dedication to the media spotlight haven’t been void of challenges.

As she grew out of her 20’s, Tracey was replaced by younger broadcasters without the wrinkles and in her late 30’s, Tracey was sacked from Channel 10 due to maternity discrimination. Instead of walking away defeated, Tracey turned this challenge into an opportunity and has been advocating for fundamental change and equality ever since.

In this episode, we take a deep dive into the three powerful steps Tracey Spicer has taken to own the power of who she is, despite the media industry saying she is “too old” and “too grey”. I ask Tracey about her journey of embracing her grey hair and the liberation she has experienced by being her authentic self.

We talk about the age and gender bias that exists within society and how we must continue to have powerful conversations in order to create fundamental change.

It often takes devastating circumstances for us to look within to discover who we really are and what makes our hearts sing. Tracey shares her insights on discovering what sparks joy in your life and how to find balance each day through mindfulness practices.

[1:30]: Tracey went into Television in her early 20’s and as she aged, it became clear that her currency was her apparent beauty. In her mid-late 30’s, she was replaced with younger broadcasters.

[3:50]: Tracey has had the greatest success and happiness from being herself. She did a TED talk in her mid 40’s where she wiped her makeup off, sprayed her hair and it went viral around the world.

[4:55]: Tory is grey but has always invested in the hairdresser to keep up the appearance. Tracey is fully grey and shares about her experience learning to embrace it.

[7:00]: Tracey has spent $100k on hairdressers over the years. It’s been incredibly liberating to grow out her grey and be authentic to herself.

[7:50]: Tracey shares an experience doing MC work and someone commenting negatively about her grey hair. She encourages people to hold their space and know the power of who you are.

Tracey shares the 3 steps she has taken to become herself:

[9:30]: #1: Be your true self. At a young age, Tracey wanted to be like Jana Wendt but realised she needed to step into her authenticity instead of trying to be like someone else.

[10:10]: #2: Connect with sisters all over the world. The most powerful leader she met was in Uganda, a woman who was the catalyst for change in domestic violence laws.

[11:40]: #3: Deliberately seek out collective action. We need to join with people to achieve the powerful steps.

[12:30]: When Tracey lost her job due to maternity discrimination, it lit a fire in her belly to create change. Having conversations about real issues is what is transformative.

[14:30]: There is a hidden community with men who back women more than they give us credit for. Tracey’s mum was the go getter in the workplace but her dad was more gentle and caring. Gender stereotypes are just as bad for men as they are for women.

[16:50]: Tracey encourages the women she mentors to write down what they loved doing as a young person to discover the powerful stories in their lives and the pivotal moments that make their heart sing. Mindfulness, meditation and reflection are important in this.

[18:40]: Balance changes every moment and Tracey was forced to create balance every day when she had an episodic mental health issue. You need to be selfish to find something that brings you joy. Tracey loves to connect with nature and move her body.

[20:20]: Tracey is half way through writing a book about AI technology and what it means for women and people of colour. She hopes to start a national conversation about it next year.

Where to Find Tracey: