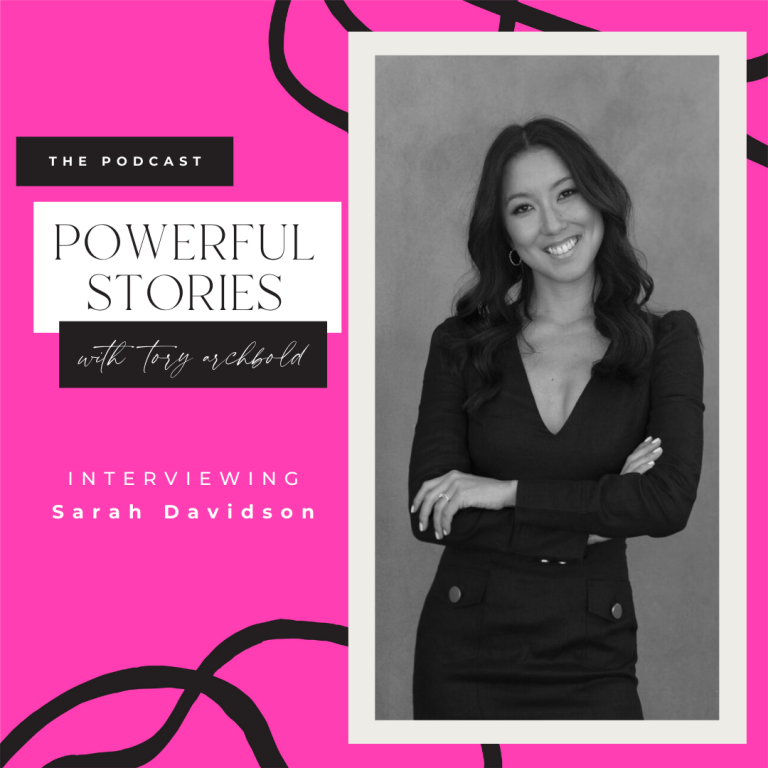 In this episode of the Powerful Stories Podcast, we sit down with the Founder of Seize the Yay, Sarah Davidson. She is prepared to seize the yay in life – a life that has not been without challenges. She started her career as a lawyer doing M & A deals and working 24/7 which, led her to suffer burnout. ‘I was gratified by how successful my life seemed on the outside and, most of the time I was in law, I thought I was really happy’ says Sarah. ‘But, when you are accepting good, you don’t go looking for great’ and this is the camp that Sarah sat in for many years.

Sarah shares the catalyst for change which she refers to as the ‘great infamous accident of 2013’. After visiting Africa Sarah realised that happiness and success are not the same. She also, unknowingly, brought home a gut parasite which led to a point where was stuck in a bathroom for 6 hours and was then unable to get out of bed for 3 months. It took Sarah over 3 years for her body to become healthy and strong enough to work a full day again. ‘Previously, there was no part of my life dedicated to re-fulling my body or my mind.’ says Sarah. ‘But it is in the darkness that you grow your strength which will arm you for the next chapter.’

When you’re running a fast race you need your body to operate like a machine. Coffee had been Sarah’s crutch during the early stages of her career however, once Sarah became unwell the addictive nature of coffee led her to take a powerful step. She left her law firm and become the CEO of her own destiny and started a business. Sarah Davidson says, ‘saying goodbye to one thing allowed me to discover something new which was Macha Powder.’ She built up – Matcha Maiden until one day, she was able to sell it. She shares her feelings from that time. ‘It brought out a side in me that I did not expect.’