Lessons from my near death experience 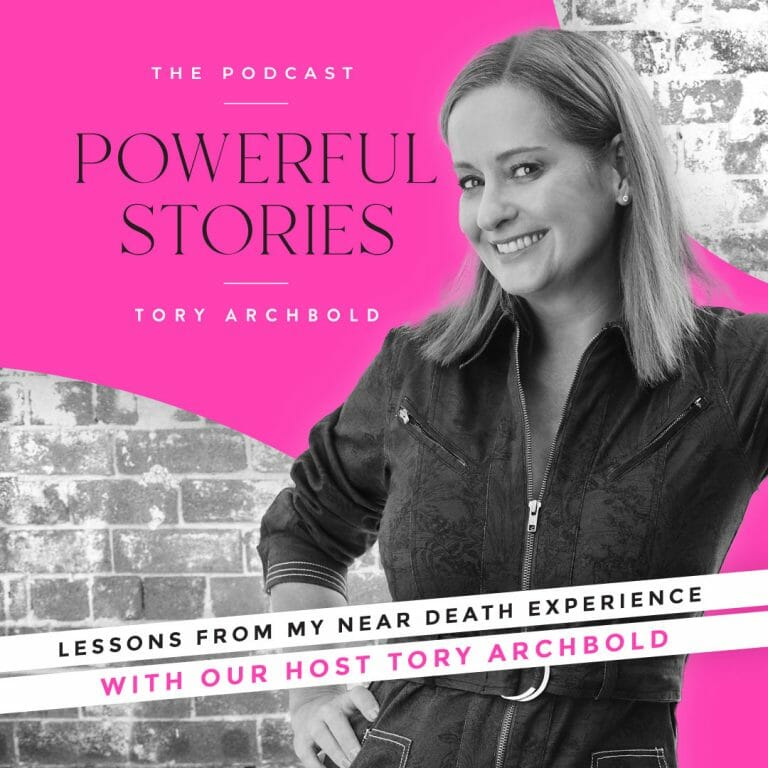 In 2013, while at the heady height of her successful career running global PR firm Torstar, Tory Archbold was living a very different story behind the scenes. Here, she shares how a sudden medical emergency landed her in a hospital bed fighting for her life, and the ‘aha’ moments she encountered that serve as her compass today for living a bold, beautiful life.

In 2013, if I had to sum up my life in one word, it would be ‘hectic’. I like to call it ‘success and survival’. I was running a global PR business with a team of 22 staff. I had a responsibility to ensure each client Torstar partnered with got the results their brand deserved, and this meant dedicating my time to making sure everyone was clear on deliverables, no matter what time zone they were on.

My diary was jammed day-in and day-out, including on weekends, as I was a single mum and my life outside of work was dedicated to raising my child. I had absolutely no ‘me’ time at all.

All of this took a sudden and completely unexpected turn when in February 2013 I found myself in a hospital recovery room, fighting for my life.

The day had started out normally enough, with emails to answer and the usual work deliverables to meet. But soon, I started to feel very ‘off’. My body slowed down to a pace of a snail. Completing a small task took hours. I was pushing my body to meet everyone else’s expectations except for my own, and it had started to give in.

I felt my body was dying before it happened. I was at home when I felt an excruciating pain which everyone said was food poisoning - but I knew better than that as running a PR agency you eat a lot of canapes while hosting events and I know what an off canape tastes like! That was when my appendix burst. I was rushed to hospital, and it became critical, as the blood had started poisoning my body, so my doctors made the decision to rush me into emergency surgery.

As I was being wheeled into the operating theatre at 2am, I was asked who my next of kin was. My world, which hours ago had been thriving, suddenly felt like it had turned on its head. I had organised nothing in preparation for a situation like this. I was the sole carer and financial provider for my daughter, and had a business that I ran with overheads. I remember the surgeon asking if I wanted more children, and I felt physically and emotionally sick.

I felt truly terrified at that moment. When they place you in the operating theatre, it’s literally your live-or-die moment before you black out so they can operate. You have little time to think about your last dying wish would be.

Gratefully, I was truly lucky that my surgery was successful. After a week I was discharged from hospital, and given a 6 month recovery period.  The fact was my body did not come back to life for another 3 - 4 years and when it did it brought with it a renewed mindset.

My near-death experience was a precious catalyst for me, as it forced me to confront absolutely everything in my life and come face-to-face with some big truths. My perspective received a valuable shake-up, and these days, I carry the lessons it gave me as core to everything I do in business and in life.

Scroll on for the three most soul-stirring lessons I took from my near-death experience:

1)     Always place your needs in front of everyone else’s

As women, we are taught by society to be kind, to be selfless, and to always attend to everybody else’s needs before our own. It can feel very scary to risk being labelled ‘selfish’ if we dare to put ourselves first, but doing so is what helps us to reclaim our power. Just like when a plane goes down and they say to place the oxygen mask on yourself first, because they know if you don’t you are not able help others, if you don’t attend to your own needs in everyday life, you will be unable to be of service to others.

After my recovery, I realised how very important it was that I take care of myself so that I could be there for my daughter, for my family, friends, my team and my clients. I learnt the power of the word no and trust me, it’s life-changing. These days, if something does not serve me, or I feel in my gut that it’s not something I have capacity for in that moment, I kindly but firmly say no.

2)    A happy heart is a magnet for miracles

The best advice I got given in my road to recovery came about after I had received 12 rounds of antibiotics, and was still not making a full recovery. At this point, I felt almost overcome with despair. One of my doctors looked me in the eye and said this: “Tory, the only way you will get better is if you have a happy heart. A happy heart is a magnet for miracles.”

It was certainly not what I was expecting my doctor to say, but thankfully, I took that advice to heart. I began listening to the language of my body, and giving my body and soul what it needed to thrive. I am happy to say that I have never again had antibiotics after that day.

This one’s simple, but 100% true. After facing the very real possibility of having my life cut prematurely short, I now make a conscious effort to live a life that is 100% in alignment with my values, intent, and purpose. And? I’m proud to say that I’m utterly thriving as a result.

Want to join Tory Archbold’s community of likeminded female entrepreneurs seeking to thrive in business and in life? Sign up to the #coffeechallenge today and join our empowered community.